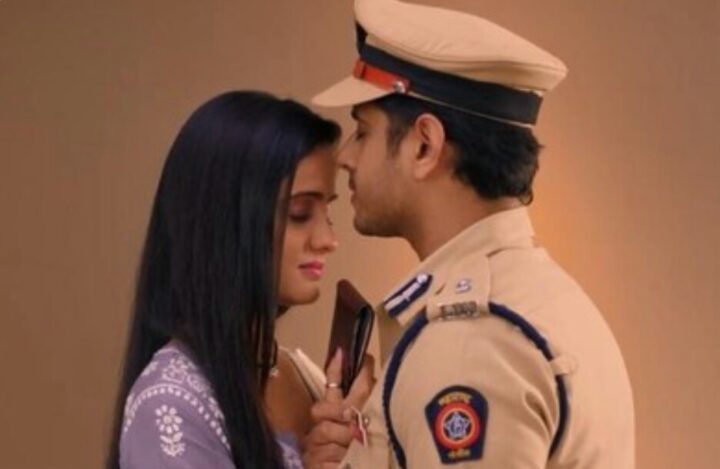 Star Plus most popular daily soap Ghum Hai Kisikey Pyaar Mein GHKKPM is going to have lots of drama and twist in its latest track.

Virat and Sai have some good moments before Virat leave for his mission. Sai asks Virat to call her at 8 pm everyday and asks him to put a reminder.

Virat thinks of a plan and sets Sai’s photo as his wallpaper. So whenever he’ll open him phone he will get reminded to call Sai.

Pakhi unable to bear Virat and Sai’s bonding tries her level best to pull Sai down in the family’s eyes.

To prove Sai wrong, Pakhi interpretes things about Sai in a wrong way to Chavan family. Pakhi says Sai’s husband gets good salary so she wanted to showoff her money.

So she gifted Pakhi’s mother a costly saree separately though she knew other family has gifted a common gift.

Bhavani lashes at Sai for taking a gift separately without asking her. Sai also apologises for her actions.

Later Sai tell Pakhi that right now Virat and Sai does not have the husband wife relationship but if ever any such feelings develope it would be totally because of Pakhi.

Will anything develope between Virat and Sai?

The upcoming episodes of Ghum Hai Kisikey Pyaar Mein GHKKPM is going to be super interesting to watch.