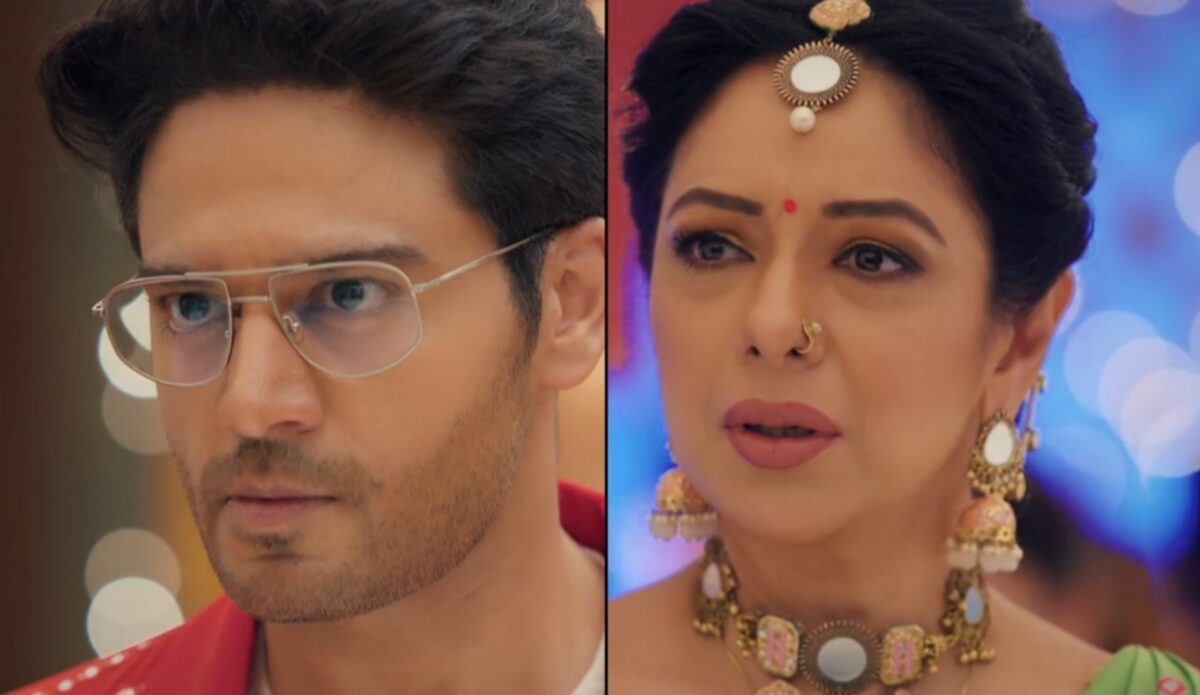 He throws Rohan asides and asks him to get away from Nandini’s life forever.

Anuj blackmails Rohan says he will call the police commissioner and inform how Rohan’s dad did illegal dida and flee away.

Rohan apologizes to everyone and promises that will not create troubles in their lives.

Meanwhile Baa tells Anuj and GK to leave as the society’s ladies a gossiping about him and Anupamaa.