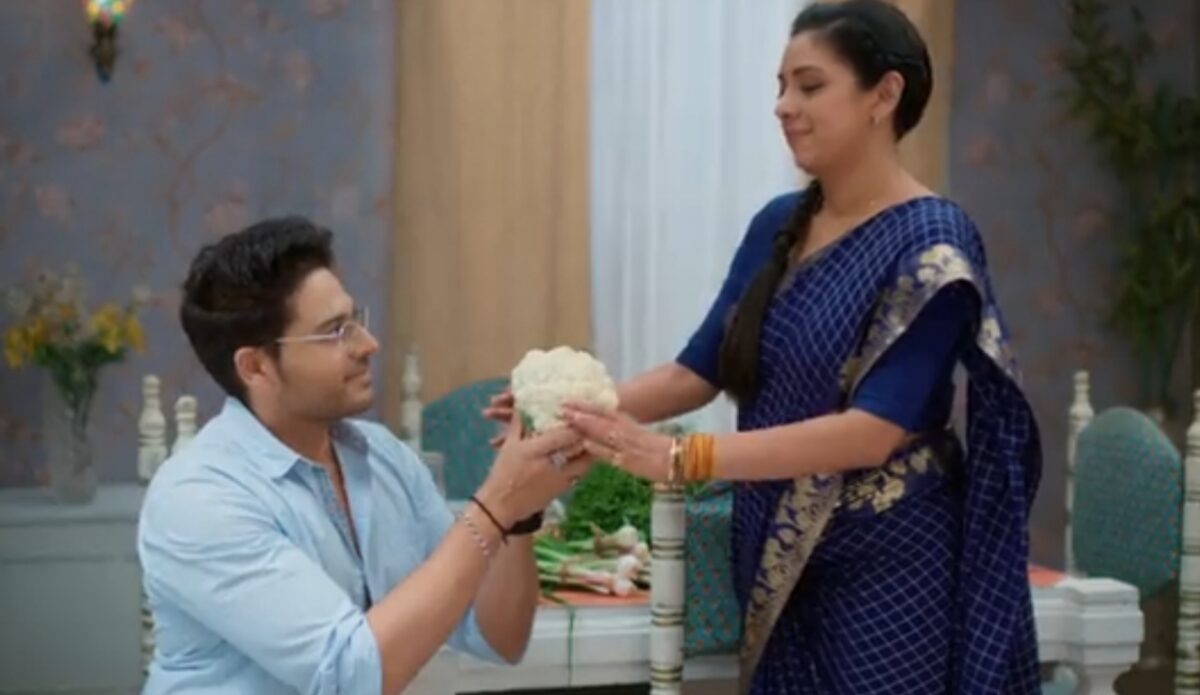 Anuj goes to market and brings two bags of vegetables.

Anupamaa gets stunned at Anuj’s shopping skills and laughs.

He goes down on knees and confesses his love for her again.

Meanwhile things aren’t working out between Kinjal and Paritosh.

Kinjal has something very important to reveal but Paritosh does have the time to listen.

Thus Bapuji tries to solve out Kinjal’s problem but Kinjal refuses to share says that she can only share with Anupamaa.

How will Anupamaa put thing into places?